Among students, math often gets a bad reputation. Schools present math in a way that appears too "hard," too "complicated," and too "boring" to make sense. When I was in school, I always wondered why exactly we were learning math because there was no use for it in my everyday life. Countless other students have asked, "When will we ever need this?"

STEM is an acronym for "Science, Technology, Engineering, and Mathematics." Although the M in STEM comes last in the acronym, there's no underselling the importance of mathematics in all aspects of STEM. Mathematics is the language that helps advance science, technology, and engineering. Without a proper understanding of mathematics, we can't go much further in innovation. 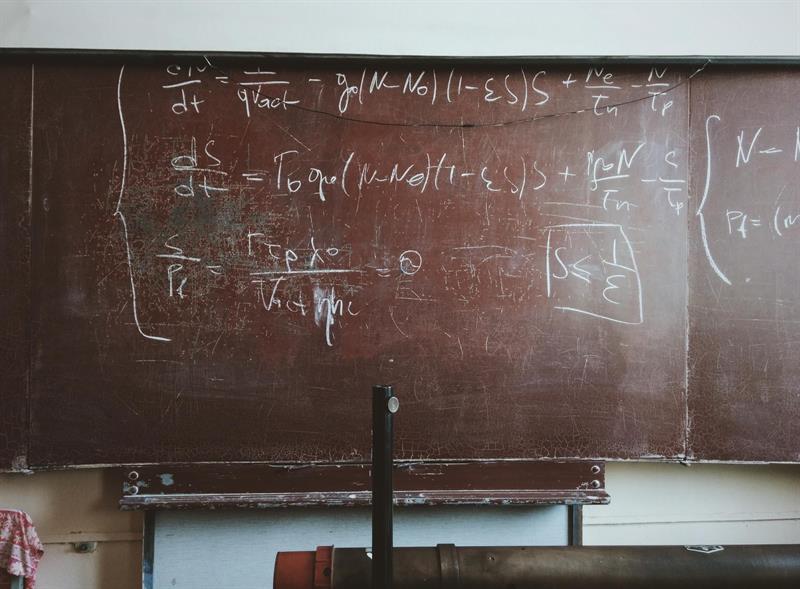 Some people write off math because they aren't enthusiastic about studying it. Despite the lack of enthusiasm, mathematics is a fundamental skill for a growing number of jobs. To prepare students for more career opportunities later in life, we should present math in an accessible, fun, and useful way. So how do we emphasize how amazing math can be for innovation and personal growth?

Researchers across the board agree: The earlier math is introduced into a curriculum, the better they'll learn. When you have young children thinking critically about numbers on a regular basis, they can get ahead of the learning curve. This effect can be seen with higher test scores and greater confidence in math class.

When you start early, you normalize math in everyday life and it makes it more accessible and far less "scary." Young students will make the connection between the utility of math and their everyday lives. Playing math games, learning how to calculate age, and knowing how to quantify objects will show them that numbers are everywhere in life. Math won't be an arbitrary subject at school, rather, an invaluable tool that helps students understand the world around them.

Starting early doesn't mean teaching calculus integrals to youngsters. (Though the history of calculus is really fun!) We shouldn't put pressure on students to quickly understand complex concepts, as math is already seen as a drag by most young students today. In order to change the way math is taught and perceived, we should be focusing on making math as normalized, even as fun as possible. Following recipes or keeping score in sports is a good way to show young students that math and numbers are a perfectly useful tool for everyday life.

When math is taught as a separate, dry, abstract subject, there's no wonder that young people don't enjoy it. Instead of taking math so seriously, teaching math like a game or a puzzle could make things more interesting. Scavenger hunts in which calculating clues helps you get to the next step can give students a sense of adventure with numbers. When math makes students want to shut down, then students shut down on their ability to better understand and explore the world around them.

Emphasize Math As a Building Block

One of the main reasons why math is seen as such a bore is because it is presented as a classroom theory instead of a real life tool. You'll often hear, "When am I going to ever use this?" Students will be more receptive to learning a new subject or skill when they see some inherent value in the material. Young students want to see short term payoffs when it comes to learning.

Students want to know math deep down. It feels good to get things right, and they want to prove they can handle it. When they don't get it, they give up. That's because students doubt it will ever come in handy again after class is over. Educators can be the ones that actually encourage and uplift students who are struggling with math.

Teaching math should be reframed as teaching a helpful, universal language. At first, it might seem rote and arbitrary, but down the line you'll be able to understand it at a more advanced level. It's a language that has many layers yet can be accessible to anyone that studies it well enough. If one is math-literate, then the groundwork has been laid in order to support more specialized and advanced studies.

Educators should emphasize the crucial role of mathematics in all areas of science, whether medicine, engineering, physics, climate sciences, astronomy, chemistry, and so much more! When students see how math plays into so many fields, then they'll want to build a mathematically strong mindset.

Emphasize the Future and Beyond

When teachers explain the long term benefits of understanding mathematics, students become more receptive to learning and critical thinking. Teaching math is teaching a tangible skill. You can teach math to students in a way that they can appreciate.

Make math seem important and fun by using real-world examples. Start early to normalize critical thinking about numbers. Use real world examples of times when you need to use a certain equation, or show how learning quick multiplication can help make life easier.

When you highlight the innovations, discoveries, and information gained by the use of mathematics, then you can help make that connection for young students. They'll be more prepared in life and they can contribute to the new generation of innovators as math-based careers continue to flourish.